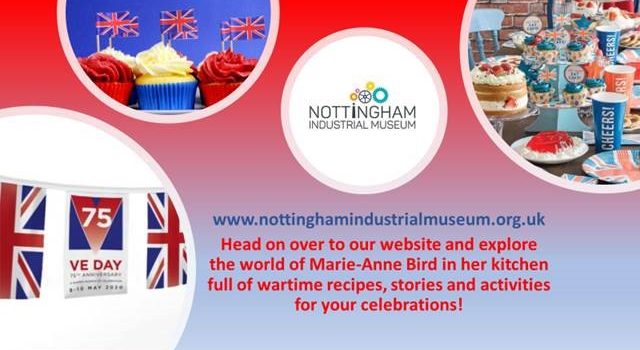 It is interesting that quite a number of people mentioned when they contacted us that food was seen as a very precious resource and therefore couldn’t be wasted. So when some women left home for work or to get married as the war progressed many, if they hadn’t been used to cooking before the war, didn’t have many skills. Food was really too important to allow inexperienced cooks anywhere near it in case it was badly prepared and therefore inedible.

One of our senders was Gaynor

Vera trained to be a teacher at the start of the war. When she qualified she and her friend Bunny were sent to Portsmouth. Both girls volunteered to be Fire Watchers. This involved working all day, fire watching at night in case any incendiary bombs were dropped, thus starting fires in buildings unoccupied during the night. They were expected to tackle small fires themselves or for larger potentially more hazardous fires to contact the fire brigade. If there were no air raids it might be possible to snatch a few catnaps during the night but as Portsmouth was an important naval base there wouldn’t be much napping. As fire watchers, Vera and her friend were entitled to more food rations.

Vera freely admits she wasn’t a good cook, neither was her mother and therefore had had limited cooking experience before she left home. It was just as well she teamed up with Bunny, a Domestic Science teacher. She remembers these extra rations being cooked up for the two of them in the cookery room at the school where they taught.

Sent in by Peter from Solihull

Food in Britain, because or our island status, what couldn’t be grown at home had to be imported and of course, the convoys which came across the Atlantic were targeted. Many ships and many lives were lost in bringing items to our shores. As the tide of war turned additional help came from America as one story explains.

We had relatives who had gone to America before the war. They lived in New York and once the food situation in Britain was known, they sent us food parcels with many of the items we hadn’t seen since the war had started.

Sent in by Judy

As an addition to the above. Food parcels continued well into the 1950s when food rationing was even tighter than during the war!

A word from Peter from Solihull about food imports

Before the war 1/2 of our food came from abroad. This, of course, couldn’t continue. The Ministry of Food looked at the kinds of food imported in terms of tonnage required to ship the foodstuffs, the nutritional value of each type and the energy value obtained.

Domestic farmers, as a result of these findings, were largely shifted to producing arable crops and wherever possible dairy foods, meat and eggs were imported as they had a higher energy value per ton. All this was aimed at feeding the population using less tonnage of Merchant shipping.

Importing powdered egg and dried milk massively reduced the weight and space needed in ships. Butter and cheese were recognised as already concentrated forms of food. These simple ways of looking at foodstuffs helped a great deal in keeping the nation fed but also freeing up shipping for other supplies.

The Ministry of Food didn’t stop at this. It looked at maximising the nutritional value of food imports and so established long term contracts with Argentina and Uruguay for their meat processing plants to supply us with corned beef.

There was a shortage of refrigerated cargo ships to import frozen or chilled meat. So these were sent to Australia and New Zealand to load with these commodities and transport them back home. Fast cargo ships without any chilled or refrigeration units were used to bring chilled or frozen meat across the Atlantic. The cargo holds of these ships were lined with bales of straw to act as insulation and once loaded these ships, despite the dangers of U-boat attacks, raced home, sometimes as solitary ships, not part of a convoy.

Vera, a teacher in Portsmouth during the war, remembers one of her pupils bringing a banana into school. This pupil’s father had just returned home from the Caribbean on one of the Atlantic convoys. He had brought this banana back with him. For many of the pupils in Vera’s class they had never seen a banana before, never mind tasted one. So the banana was cut up and shared amongst all the pupils in the class.

Sent in by Peter from Solihull

Many people sent in items about sugar. It remains such a basic commodity and really there is no successful substitute. You can have sugar in tea or cakes, not both. This was the ultimatum issued by my mother to the family. The family obviously opted for cakes not realising then how difficult life under rationing was going to be.

Sent in by ‘Mrs Bird’

These were very strictly rationed and mothers had ingenious ways of eking them out but also providing treats at special times of the year.

My mother used to go to the local shop and buy the sweet rations for the whole family. She always bought the mixtures which had a variety of sweet types. Any that had chocolate on them she hid away so that at Christmas we had some chocolate. The other sweets the family were allowed to eat, but only as a treat. Where she hid the chocolate ones we never did find, despite our best efforts.

Sent in by Michael from Leeds

Allotments and Digging for Victory

A number of people sent in items which were to do with this so here are a composite of them.

Digging for .victory was a slogan used in the war to get people to try to grow as much produce themselves. So many people had allotments or if they had a garden then lawns and back yards were dug up to grow vegetables and fruit.

Sugar in tea, no one in many families had sweet tea. All sugar was needed in the making of jams and jellies from items either grown in the allotments or picked from the hedgerows if you lived in the country.

Vegetables were the items mainly grown as fruit required sugar and this was more and more difficult to get. Marrows were one of the usual vegetables grown as they were easy to cultivate and could be used in many different ways in the kitchen. If sugar was available them marrow and ginger jam was very common. However stuffed marrow was often seen as it could be stuffed with a meat mixture, there is more marrow than meat or a vegetable mixture. When presented like this is was called Poor Man’s Goose!

Sent in by. Peter from Solihull

Not everyone who sent into the website was of an age to have a clear memory of the war years, one such person sent in the following and I almost defy anyone to be able to cap it!

I can’t believe my eyes!

It was really only looking back on my young years do I really realise just how strange what I thought of as normal could be. I was born in 1942 so therefore have no real memories about food but this is one that will live with me forever. I was born on the family farm just outside Manchester. At some point, a circus arrived and made camp in one of our fields. They were on tour around the country and put up the tents so that they could give performances to the local population.

In the farmyard, we had a large stone trough and a pump to pump water into it. What was quite normal at this time was for me to see a man bring two circus elephants into the farmyard, pump water into the trough and allow the elephants to have a drink. They did this every day they stayed in our field. So to me, a young child at the time, this was just a part of normal life.

Sent in by Francis from Nottingham

Francis’ wife was the first baby born in Manchester in the wee small hours of that momentous day. She was born at 1.30 am. Whether it was a family decision or one decided by the city is not clear, but she was called, obviously – Victoria. If she had been a boy he would have been named Victor.

In a small remote Cumberland village, a munitions factory was established. What the exact munitions made there was information never talked about. There was at that time and for many years. after the war a separate military experimental station nearby so everyone was very used to not asking questions!

One day the munitions were loaded onto a train in the sidings. They were not due to be dispatched until the following day so soldiers were sent to guard the consignment overnight.

The following morning just as the train was slowly moving out of the station the signalman noticed a fire had somehow started in one of the wagons. He quickly pulled the signal stopping the train and dashed out to tell the engine driver the reason for this. The train was long and completely filled with explosive material. The quick-thinking train driver unhooked the wagons behind the one which was on fire, returned to his cab and drove the burning wagon as well as any that couldn’t be unhitched away from the station and the dozen houses which clustered around it.

He was just in time as only a short way down the track the fire really caught hold and the munitions exploded destroying everything around and making a huge crater in the track.

For a number of years after the newcomers to that part of the village were told this story. Really it was to remind everyone how lucky they all were to have lived to tell the tale and that the village was still standing.

Didn’t he get into trouble!

The same munitions factory was, just after the war,  decommissioned and the buildings knocked down. It was obviously a wonderful playground for many of the local children. One day one of the boys dug around in the rubble and found a machine gun belt, complete with live bullets still securely in place. The locals now knew one of the items which had been filled at the factory!

Tommy, the boy who found the belt, was very proud of himself and took it home. He was envied by all of his friends. He kept the belt in his bedroom and it was quite sometime before this dangerous item came to light. (No pun intended!).  It obviously had to be reported and the local policeman came. Tommy got a good telling off but somehow, as was always his way, he managed to charm his way out of the situation. He was allowed to keep the belt, obviously not the bullets, and he made it into a proper belt which he wore every day until eventually, it fell to pieces.

Sent in by Malcolm from Ulverston, Cumbria

As an Australian living in Britain

..whose Grandparents emigrated to Australia in the early 1930’s  I am touched by the story of my Cousins who still remain on Jersey and were ‘Child Evacuees’ to Beeston in Nottingham.

After all these years we must never lose face with our relatives and the heritage they share within our families.  After all, my country of birth is mere spring chickens, and Beeston, well coincidentally it is the suburb next to where I have moved to all these years later!’ Toni in Bramcote

‘Today I will be baking ANZAC Biscuits from the kitchen of Mrs Mary-Ann Bird.  Whilst my home country celebrates VJ Day I remember all who fought and won for me and mine regardless of the Day!’