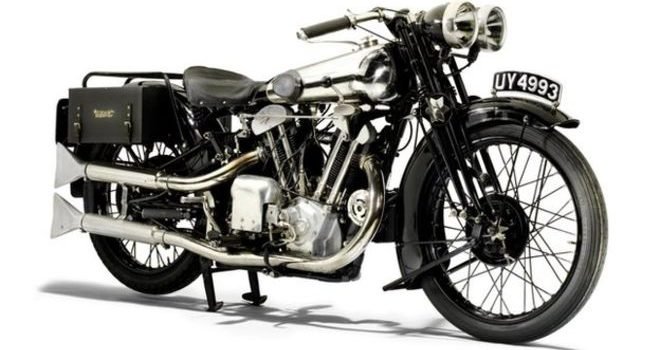 Many of you were probably disappointed when no sooner had the museum opened than we lost our star exhibit. Of course, I refer to Old Bill, the Brough Superior SS80 trials bike affectionately campaigned by George Brough on which he won 51 consecutive fastest time of the day awards back in the 1920s.

The bike was owned by the Allen family, and with so much value just sitting in the corner of our museum it was obvious that one day it would be sold. That day was last week. At the H and H Auction held at the Duxford Museum the bike came under the hammer and was sold for £291,200 including buyer’s premium and taxes.

This makes Old Bill the most expensive motorbike ever sold at auction and beats the previous record which was also held by a Brough Superior but the more powerful SS100 model, which was sold for £286,000 in 2010.