Our visitors to the museum for Steaming Sunday this month will have the opportunity to sample a real favourite of the Victorian times. Caraway Seed Cake.  This was a must on most tea tables.

And it was also a firm favourite well into the 20th century . . . . . . . . . . . Then it fell out of fashion. Tastes changed, there were newer types of cakes and flavours to try. It was a forgotten ingredient.

Well . . . . Don’t things change? It’s now good to report that Caraway Seeds are back! After disappearing from our store cupboards for more than 50 years they are now in favour again.

Just over a year ago when the museum started showcasing our ‘Taste of History’ a Caraway Seed Cake was the very first one on offer.

For some visitors they hadn’t tasted these before, for a few the taste was familiar, but they didn’t know what it was. For one it was truly memorable. This visitor said with the first mouthful she was taken back over sixty years to a time when she was a little girl having tea in her grandmother’s kitchen. It was actually an emotional time for all of us privileged to witness this. 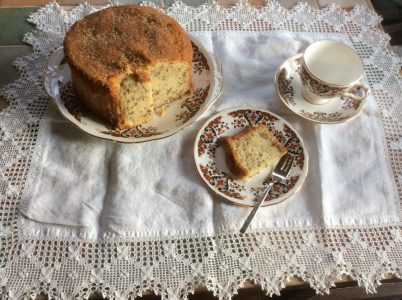 For any readers who are not sure what Caraway Seeds are, and more importantly what they taste like, I shall explain.

The seeds have a mild aniseed flavour and have been used in English cookery in cakes, biscuits and bread for over 500 years.

They grow wild in this country and they were sometimes called Persian Cumin as the seeds look very similar to that Middle Eastern spice. The taste is very different so don’t be tempted to substitute one for the other!

They were believed to be very good for the digestion and the individual seeds were frequently sugared and used as an after-dinner comfit or sweet treat. They were also a very important ingredient in love potions!

In Europe, they were and are used more widely than here. Caraway seeds figure in many different types of bread, in a variety of vegetable dishes, they are added to a number of cheeses and are found in pickles and soups.

So next time you have a dish which includes Caraway Seeds just remember that you are carrying on a long culinary tradition which stretches back in this country – centuries.

This month there will be two different Caraway Seed Cake recipes. One will be that which visitors can sample this forthcoming Steaming Sunday. The other is the one from over a year ago which never managed to get onto the website. Both are taken from Isabella Beeton’s Book of Household Management published in 1861. Following each recipe, there will be a brief explanation about some of the ingredients and the methods used.

This is the recipe from a year ago. It is a much less rich one and will not keep as well. Again self-raising flour has been substituted – a must I feel as this was a cake often given to children. Cakes for children were frequently rather dry and would certainly not be to our taste. The fat used in this was originally dripping which was the fat left when the joint was cooked. Again this is not something we have often in our kitchen today. I hope you agree that butter is a much better substitute.