Our magnificent Basford Beam pumping engine waits to greet you as you enter the Steam Hall. Venture further in, and travel back to an age when steam and diesel engines powered the nation’s factories.

The Basford Beam Engine is one of a pair of engines built in 1858 by R. W. Hawthorn in Newcastle upon Tyne. Installed at Basford Pumping Station, it lifted fresh water 33 metres from the sandstone below and supplied it to the City of Nottingham. The engine was replaced in 1965 and moved to the purpose-built Steam Hall at the Industrial Museum. It was first fired in 1975 and has continued to operate for over 40 years. 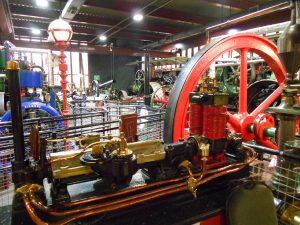 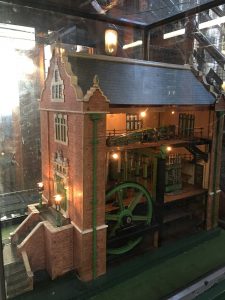 From Elizabethan times England’s expanding economy demanded more coal, but deep mines filled with water. Thomas Newcomen built the first practical steam pumping engine for mine drainage in 1712. These engines worked in huge Engine Houses next to the mine shaft. A large, pivoted beam attached to rods reached down into the mine and drew up the water. 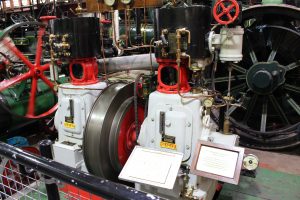 We look after a large variety of pumps and engines, many of which were from local companies such as E Reader and Sons Ltd, of Phoenix Engine Works, Cremone Street, Nottingham. Readers started life in the 1830s by patenting a machine that separated the hide from the fleece of sheepskins. They went on to make a variety of engines used in local industry. 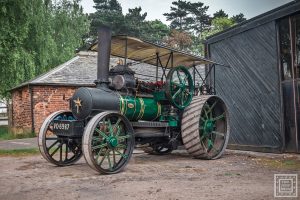 Two impressive ploughing engines stand at the bottom end of the gallery. They have consecutive registration numbers and were the last two production engines to come out of Fowler’s Leeds Foundry. Although originally built for export to South Africa, (which is why they have oversize rear wheels and three-quarter canopies) they were sold to the Nottingham Waterworks department.Our the K7 engines, Nos.17756 and 17757, were built in 1929. They ploughed treated sewage from the local treatment plant into the land at the Stoke Bardolph dairy farm. They worked until 1976 when, thankfully, they weren’t sold for scrap but were passed into our care. Currently, only No.17756 is in a steamable condition and can be seen working during our Live Action Working Days. No.17757 has fared a little worse as some of her parts have been used to keep No.17756 in steam over the years. However, now with a dedicated team of steam volunteers, we have plans to get No.17757 back in steam. Although it may take some time to raise enough funds, she is safe and well in our warm engine house. 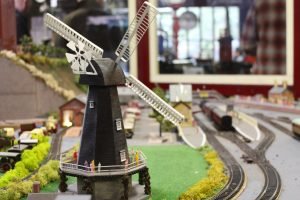 The gallery features a model railway and a display of miniature model steam engines, many made by our volunteers or donated by generous visitors.

This gallery is an opportunity to understand fully the breadth of industries that made Nottingham great. We have a dedicated group of steam enthusiasts who love sharing the stories behind each artefact. So make our Steam Hall one of your must-see attractions this weekend. Many of our engines run on Live Action Working Days.

If you are enthusiastic about steam, whether you want to be hands-on or research this fascinating history, we are always keen to welcome new volunteers who can help us continue our mission to protect and share Nottingham’s Industrial Heritage.

In the Courtyard at Wollaton Hall and Deer Park.

Nottingham Industrial Museum is a registered charity (Number: 1167388).
We depend on your generosity to keep the museum open.

Volunteers manage and operate Nottingham Industrial Museum. We provide excellent opportunities for personal development. Please support the museum with your time and skills.

Copyright 2018 - All Rights Reserved
Back To Top
We use cookies to ensure that we give you the best experience on our website. If you continue to use this site we will assume that you are happy with it.OkPrivacy policy