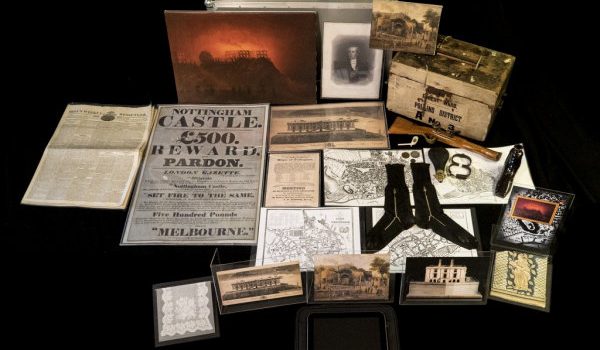 We will be running special artefact handling sessions, using objects relating to the 1831 Reform Riots.

There was growing discontent among the working-class population in Britain during the 1830s. The electoral system was corrupt and unrepresentative, and the poor had to endure harsh working conditions with low pay.

Why was reform needed? Unfairness: In 1830 most of the British population was still excluded from voting, so they had no influence over members of Parliament (MPs) making the laws that affected their lives.

Corruption: MPs were from Britain’s richest families and represented towns and boroughs where they had major control. Bribery was rife. Voting took place publicly so even those with the vote could be bullied into voting in a certain way. Working-class people worked for and often lived-in property owned by their MP, but still had no say.

The distribution of power: There were too many constituencies in rural areas and not enough in industrial towns and cities where more people lived.

Revolution: By 1832 people from the middle and working classes had started to form political groups in most of the major industrial areas. Working-class people were unhappy because of their working conditions and low wages. MPs became scared that a revolution might occur in Britain (as it had in France) and that the working class would execute the nobility. Giving people the vote was seen as a way to prevent revolution.

So come along and see, handle and learn about some original items from that era.